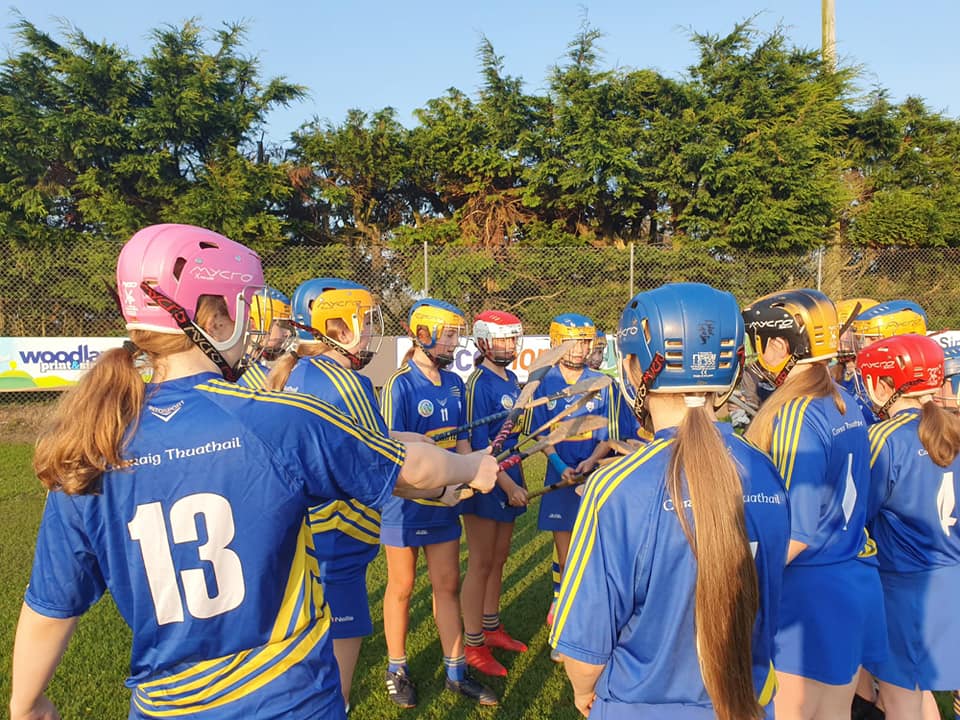 On a beautiful September evening the U13's hit the ground running in their Imokilly league campaign. A great display of skills from both teams was evident from start to finish with every player fighting hard for the ball. Starting in goal we had a fantastic Cate O'Connell , a serious deterrent to any opposition. Cate was ready from the word go and made sure that any prospective goal against us was denied. In minding the house we saw an outstanding performance from our full back Emma O' Connor who was concrete in her defence not letting God nor man past her while clearing one ball after another. Also supporting the back line we had a strong Kelsey Wilkinson and Amelia Kwidinzska who both showed up on the night and left everything on the pitch.

Kate Bogue our Captain on the night was impeccable in centre back blocking all around her. Orla O'Keeffe alongside Kate did us proud as usual clinging closely to her marker making it hugely difficult for her opponent. Holly Forde also in the half back line was outstanding, getting stuck in and breaking free from the ruck every time in a solo run. Clara Boland was superb in mid-field relentlessly pressing pressure on the opposition dominating from all angles. Libby Ring put in a huge account for herself also in midfield coming out with the ball more often than not and making a massive impact on the scoreboard. At half time Carrigtwohill were leading but Watergrasshill were by no means lacking in any aspect of the game and came back fighting and opened up the second half with a beautiful point only to find Libby Ring reporting back with another goal and a point. Moving up the forward line we had a sensational Saoirse Murphy soaring in on many occasions swooping up ball and causing damage regards the score to our advantage. Faye Scriven who'd put it up to 'Bolt ' himself made it look easy to find space and found herself also on the scoreboard with another goal for Carrig. An eager Emma Barry was on the ball displaying a lovely set of skills, catching and controlling high ball with perfect long range shots. Watergrasshill kept up the pressure again only to find Libby scoring another goal. In the forward line Ellisha Allan and Grace Collins both giving it one hundred percent and never giving up. In the forward line also was Lauren O' Flynn who's work rate was unbeatable often winning ball and with her striking from both sides in flying form she was fantastic on the night. Watergrasshill still giving us work to do came back at us with another goal and a point. Hailey McAllen came on as a sub she was brilliant and added hugely to the game. Katie Walsh as a sub also put in a great appearence in an out field position and didn't disappoint.

Last but not least Zoe O'Donovon who showed tremendous character turning up to support her team mates but was unable to play due to being injured.

Thanks to David Daly who was ref on the night .Also we would like to thank to Watergrasshill camogie club for hosting us we wish you the best of luck going Forward. Well done Carrig.