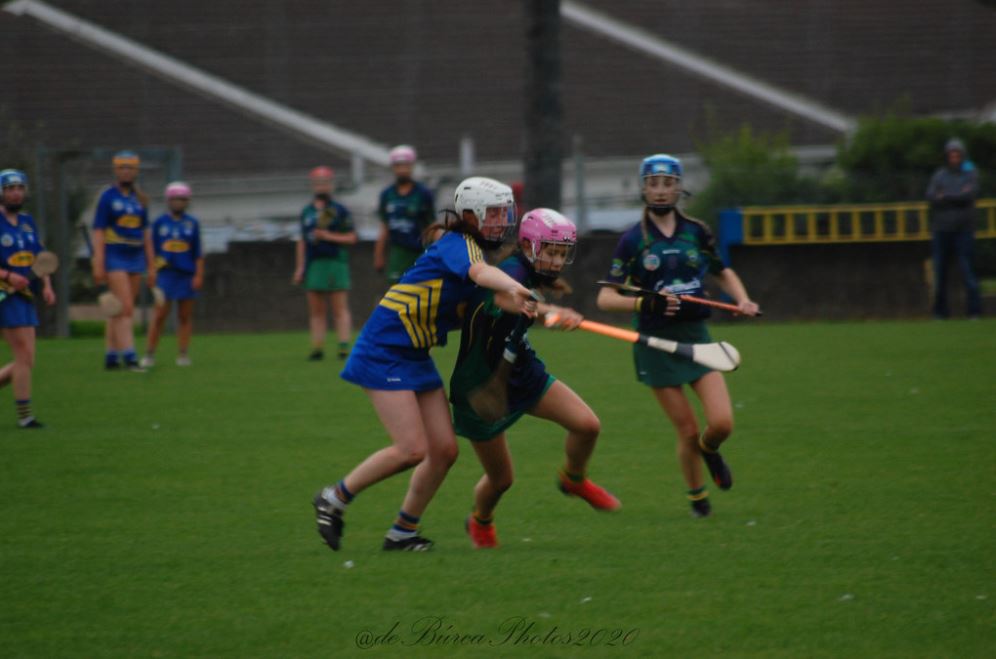 As the saying goes, they kept the best for last. With Youghal beating Cobh by just 1 point on their 2nd Round, all 4 teams went into their final 3rd Round on level points. So a straight win was needed to progress into the Qtr Finals.

A match against Cobh always results in a strong battle and this fixture was exactly the same. End to end play saw us going tick for tack on scores. A win by either side was on the cards for most of the match with both sides playing hard for the win. Carrigtwohill played out of their skin on all parts of the pitch. But cool heads towards the end saw a few frees in the 4th quarter, taken calmly by Michaela Horgan, bringing us to a 2 point lead with only a few minutes to finish. But Cobh ever threatening kept it in play until a turnaround saw Abbie  chasing and winning the ball and passing it off to Sinead on the far right who made a cracking attempt at goal in the dying few seconds, finding the back of the net from a tricky angle. A heart stopping win to Carrigtwohill.

With Youghal winning their 3rd Round match against Castlemartyr, this meant that Carrigtwohill and Youghal finished in joint 1st place on level points with 2 out of 3 wins each. In this case, the County Board take a look at total points conceded during the whole campaign and unfortunately we just missed out on progressing to the Cup Qtr Final by only 4 points, with Youghal conceding only that many points less than us.

However at this very high level, getting onto the Plate Qtr Final is a great achievement for our U16s. The draw was made , resulting in a home match against Erin’s Own.