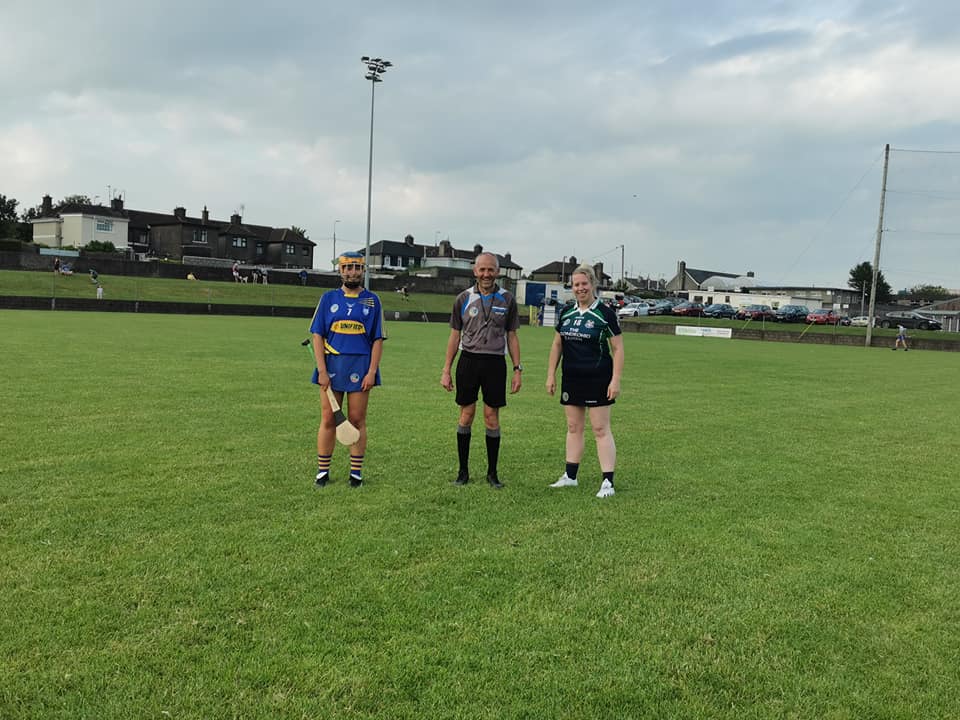 With our JuniorC panel growing we fielded a strong team ready to mark their first home game on Carrig soil in years.  Our referee on the night was Cathal McAllister and Sarah was our team captain. We rotated our goalies this week with Katie playing out the field today with Ciara in goal. Right from the start the girls headed straight for the forward line and after less than a minute played Nicole was unlucky to have her effort for a point set wide. Ciara in goals made a seriously impressive save on goal 2mins in as Laochra Óg came back at us. After 3mins of play the first score went to Laochra Óg with a point. Aisling was unlucky to have a wide and again Ciara saved another attempt on goal. Just before the water break Kerrie came on for Niamh and within a minute and half, we scored 2 goals - Kerrie scoring one and supporting the setup of the second goal which Katie W sent to the back of the net. The effort by Aisling, Taylor, Courtney and Michaela in clearing the ball from midfield back down into Laochra Óg’s half was justly rewarded.  Coming in for first water break the score was Carrigtwohill 2-0 to Laochra Óg 0-1 and that scoreline is testament to the solid work that the following girls Sarah, Grace and Katie did in the backline along with some fantastic battles in midfield from Courtney, Robyn, Taylor, Michaela, Amy and Aisling in setting up the forwards.

Again, after the water break there was a fast and intense passage of play. Nicole, determined to get on the scoreboard, was awarded with a beautiful point. Laochra Óg quickly broke to get a point back and Katie W was unlucky with a wide. Laochra Óg quickly responded and Grace in the back line made a fantastic clearance but continued pressure meant Laochra Óg scored a goal. Lorraine won a free and for the rest of this half the girls gave continued pressure on Laochra Óg with Amy sending over 2 points and Miriam unfortunate for a goal opportunity and a wide from an effort by Nicole.  Taylor’s work rate was fantastic as she kept clearing the ball. With Michaela and Aisling supporting and some seriously impressive passages of play we went in at half time with a score-line of Carrigtwohill 2-03  LaochraÓg 1-02.

After half time Abbie joined the pitch for Miriam and Susan came on for Lorraine. With clear communication going on between Robyn and Aisling and with pure determination and teamwork they kept continuous pressure in the midfield and Laochra Óg’s forward line. Unfortunately, we had 2 wides from Robyn and one from Aisling. Aisling was awarded a free and in the 42nd minute Aisling was awarded for her efforts with a fantastic point from play. Lauryn came on for Katie C and even when she came off she stayed on the side-line supporting the team playing. Then pressure switched to Laochra Óg with another burst of play and Ciara made another fantastic save on goal. Once again Grace defended strongly in the backline. Laochra Óg only managed a point before Ciara sent down a beautifully positioned puck out to the forwards who quickly sent it in and for the second time Kerrie sent the sliotar to the back of the net. GOAL! With a quick puck out again Carrig’s midfield won the possession and sent it back to Aisling who unfortunately had a wide. With play moving quickly from one forward line to the next the sliotar went into Laochra Óg and they scored a point. Again as a result of a superb puck out from Ciara the ball landed within minutes to our forward line and with the solid efforts of Abbie, Susan and Kerrie once again Kerrie scored her third goal. Laochra Óg managed a goal and a point before finally Robyn with pure determination got herself on the scoreboard after tremendous effort throughout the match and scored her well-deserved point. In the dying seconds we had an injury substitution with Lauryn who we are delighted to report has subsequently recovered.

We would like to take this opportunity to thank Laochra Óg for travelling and wish tem the very best of luck on their journey in this years JuniorC. The team never gave up and were a credit to their club as they fought to the end. 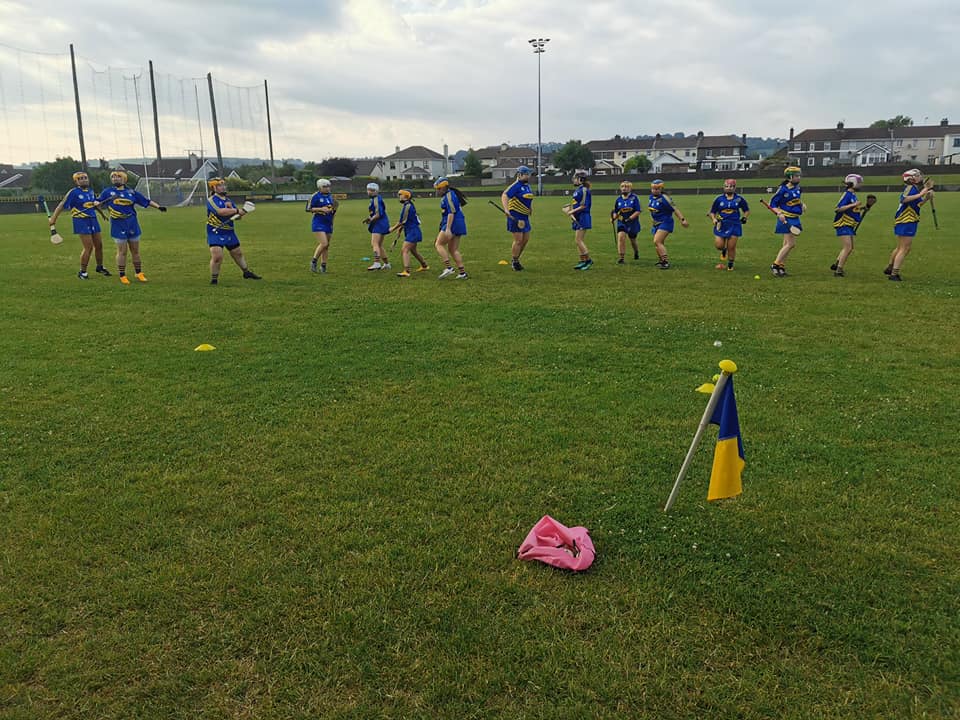