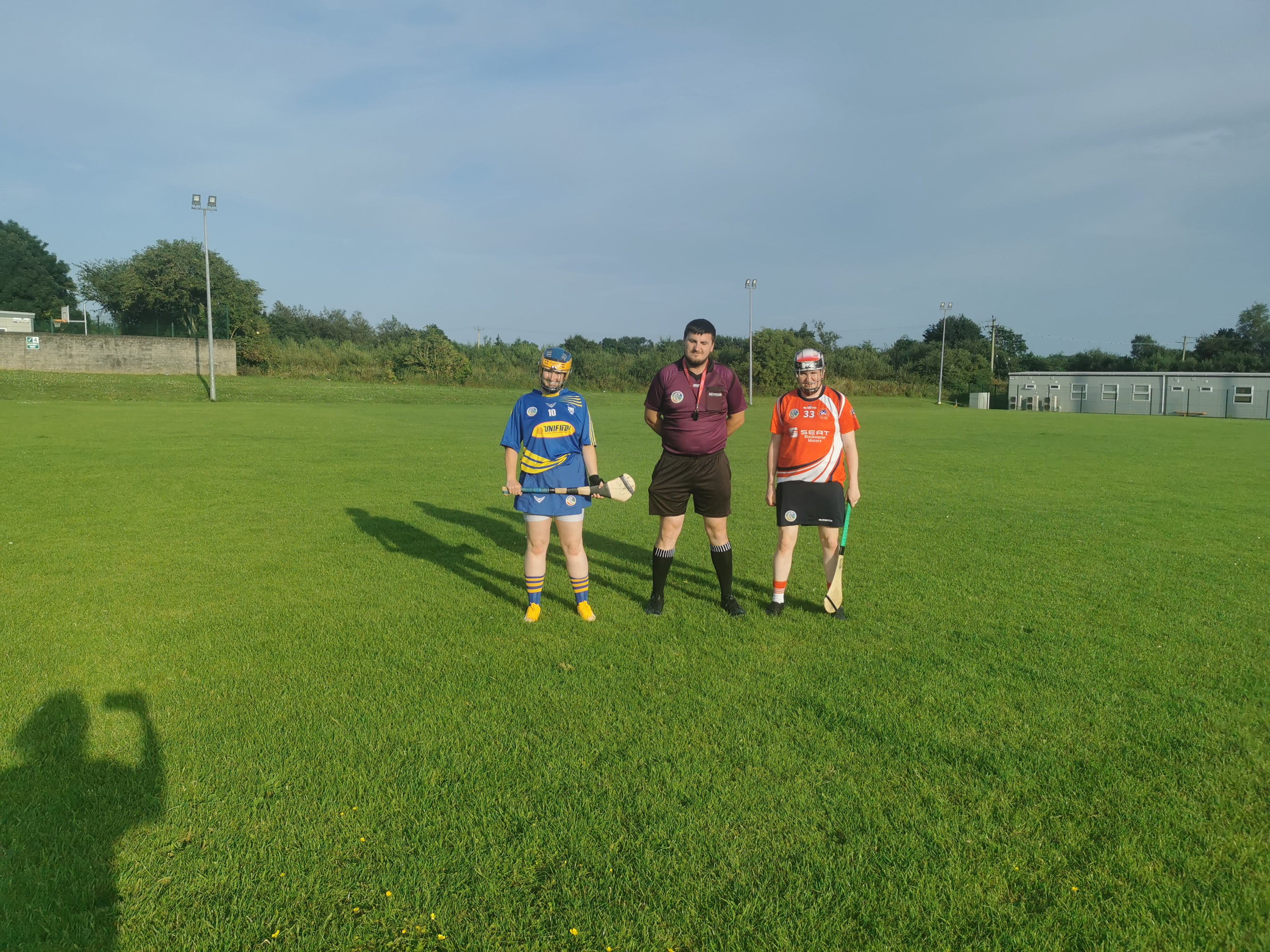 On a hot muggy evening in the West End Robyn Jenkinson Butler led our Junior C team against a strong team against Kilworth. Within the first 3mins of the game Kilworth had scored a point and Grace Cotter had saved a goal attempt. Aisling won a free on the 4th minute for a chop and within the next 2 mins Kilworth and Carrigtwohill both sent points wide. In the 6th minute Michaela levelled the game a point a piece with a beautiful point from play. A tough succession of play followed having won the puck out and with Aisling being fouled and free allowed Michaela clinically sent it to the back of the net. A goal for Carrig. Kilworth came back strong with 2 wides within the next 2 mins. And a further goal attempt saved by Grace Cotter 11.37mins into the game. Again, with some tough battles going on Michaela won a free but we couldn’t convert for it to drop short but with pure persistence Michaela sent the next one over the bar for a point. In the 15th minute a lovely passage of play in the forward line gave Katie Cronin a well-deserved goal. This took us into the water break – 2-02 to 0-1 at he first interval. After the water break for the next 4 minutes solid there was intense pressure from both sides. Kilworth who we knew were a tough opponent never gave us a minute and on the 16th minute scored a point. With Amy being awarded a free we quickly lost possession after it and Grace Cotter made 2 superb saves on goal under intense pressure from Kilworth to close the gap. Kilworth sent their next attempt towards the uprights but it went wide of them and determined to push on under intense pressure and seriously impressive team work from the backline to the forward line within less than a minute Katie Cronin had scored another goal at he other end. Whilst Kilworth kept us under pressure for the first 4 min after the water break – the tide turned after our goal was scored against the flow of the game to be fair with a lucky break because right up to the half time whistle Kilworth were unlucky on several goal attempts – all saved by Sarah Curtin and Alannah in the backline or Grace in goal.  In the 25th minute Kilworth scored a point followed quickly by Michaela with a lovely point from play. Katie was unlucky with a wide attempt for a point in the 27th minute and Kilworth got a subsequent wide. Courtney won a free and |Aisling converted it to a point followed by a quick puck put which was won and Aisling sent it back over the bar again. In the dying seconds of the 2nd half Kilworth got their just attempts during the first half by scoring a goal as the half time whistle blew. At half time Carrigtwohill 3-05 to Kilworth 1-04

Starting off the second half Kilworth scored 1-01 within the first 3mins. With another wide o the scoreboard for Kilworth Robyn quickly won possession from the puck out and was unlucky for her attempt on goal to be saved. Going into the last water break it was Carrigtwohill 3-05 to Kilworth 2-05. A goal in it and all the play for in the last 15mins.

Courtney and Aisling quickly made way for KatieW and Una to come on at the 40th minute and again for the next 6mins it was solid defending to hold off Kilworth who scored 1 point and sent 2 wide under pressure play from our defence. From the 56th minute Michaela scored 2 lovely points from play followed by a point from Kilworth. Nicole was unlucky to see her attempt go wide and within the space of 2 mins Kilworth had a further 1-1 on the scoreboard. Michaela sent another point over to level the game but Miriam and Michaela were unlucky with 2 further attempts wide of the uprights. In the dying minutes of the game and well into injury time Kilworth scored the goal to win the game. It was a hard defeat for our girls but it taught us to never let go of a lead, we need to chase every ball. We had some great positives in the game with some absolutely stunning passages of play and a great improvements on accuracy of points. It was a tough battle with our girls having won 9 frees in the game throughout and a massive 11 goal attempts on goal. Our net game will see us against Castlemartyr which will be one of our toughest matches of this league.

Match photos can be found here