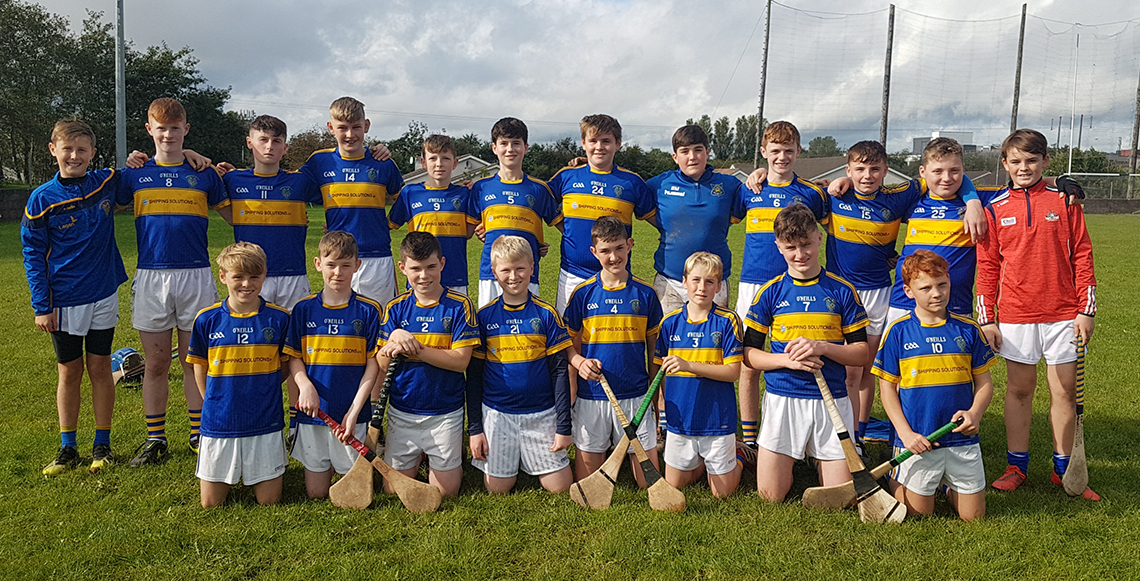 The U13 hurlers welcomed the Ovens outfit to West End for a match to qualify for the quarter-final of the league.

Carrig created plenty of scoring chances in the first half but failed to convert them and were too intent at times on trying to go for goal. The pick of the first half scores was a fine strike over the bar from right out on the wing by Corey Cunningham. Patrick Walsh also chipped in with four points (two frees) and Éire Óg scored 1-2 to leave nothing between the teams at half-time on a scoreline of 0-05 to 1-02.

There was a clear change in the intensity of the Carrigtwohill effort in the second half. Patrick Walsh opened the scoring with a point from play before Tadhg Sullivan got Carrig’s first goal and Alex Delany followed up with a point. Once the home team opened up that five point gap, they kicked on to win the game comfortably with both Corey Cunningham and Patrick Walsh getting two goals apiece. Éire Óg battled until the end and scored two second half goals.

Well done to the team on a very good second half display. Credit must go to Éire Óg for their contribution towards a very sporting match. Carrig now face Mallow in the league quarter-final in Mallow GAA Sports Complex on Saturday 19th October at 3pm.