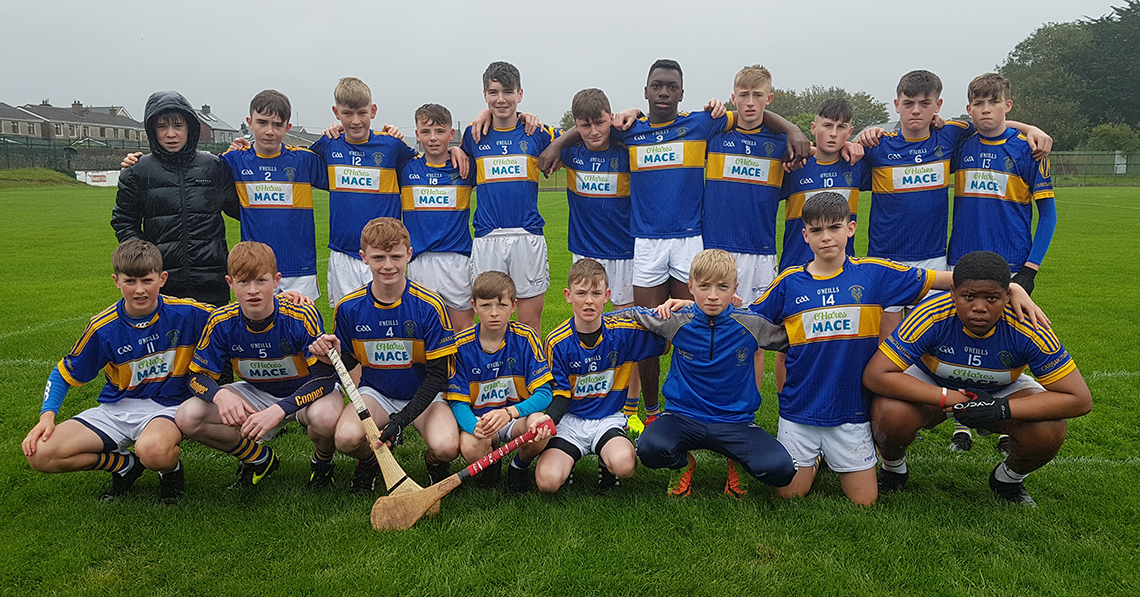 The Fé 14 team finished the year on a high with a comprehensive win against neighbours, Erin’s Own at the rain-sodden Seandún venue.

Carrig were out of the traps in lively fashion, when, after just twenty seconds, Seán Brennan added to a high Cillian Barry delivery to the edge of the square and it found its way to the net. Daniel Murnane added a point before Erin’s own replied with two points. Seán Brennan then scored his first point before the Glounthaune side raised the next three white flags to level things, 1-02 to 0-05 after ten minutes. Patrick Walsh followed with a fine point from the wing and Erin’s Own replied yet again, with a brace. Seán Brennan then converted two frees in the very greasy conditions and Kyle Graham scored a near carbon copy of his first goal with Brennan the provider of the high ball into the square on this occasion. Erin’s Own responded well with an unanswered 1-3 to edge two points into the lead (1-10 to 2-05) after 27 minutes. Carrigtwohill finished the half strongly with Seán Brennan reacting quickest to strike a saved/paried Daniel Murnane shot to the net and he followed up almost immediately with a pointed free. Erin’s Own reduced the Carrig lead to the minimum with a point on the stroke of the short whistle to leave the game hanging in the balance, 3-06 to 1-11.

Seán Brennan added another pointed free to his tally early in the second half and Kyle Graham struck for his second goal with a good ground shot following a great run out of the defence by Keelan Aylward followed by trademark Joel Joseph solo run. Erin’s Own struck a free over the bar before Carrigtwohill dominated for a fifteen minute spell to put the result beyond doubt. Cillian Barry had his shot on goal deflected over the bar and Joel Joseph then scored a screamer of a goal. Having flicked the puck-out on for himself, Joel picked it straight onto the hurley without checking stride and went on a 50m solo run before blasting to the net off his ’weaker’ left hand side. Erin’s own replied with a point before Seán Brennan pointed a free and Kyle Graham made it a hat-trick of goals to put Carrig eleven points to the good, 6-09 to 1-13. Erin’s Own scored two late consolation points and Fionn Kidney pulled off a very brave body block before Seán Brennan converted his final free.

Well done to the players and mentors on a great performance and on finishing the year so strongly after the disappointment of exiting the championship proper. Credit must go to Erin’s Own for the part they played in an extremely sporting contest. 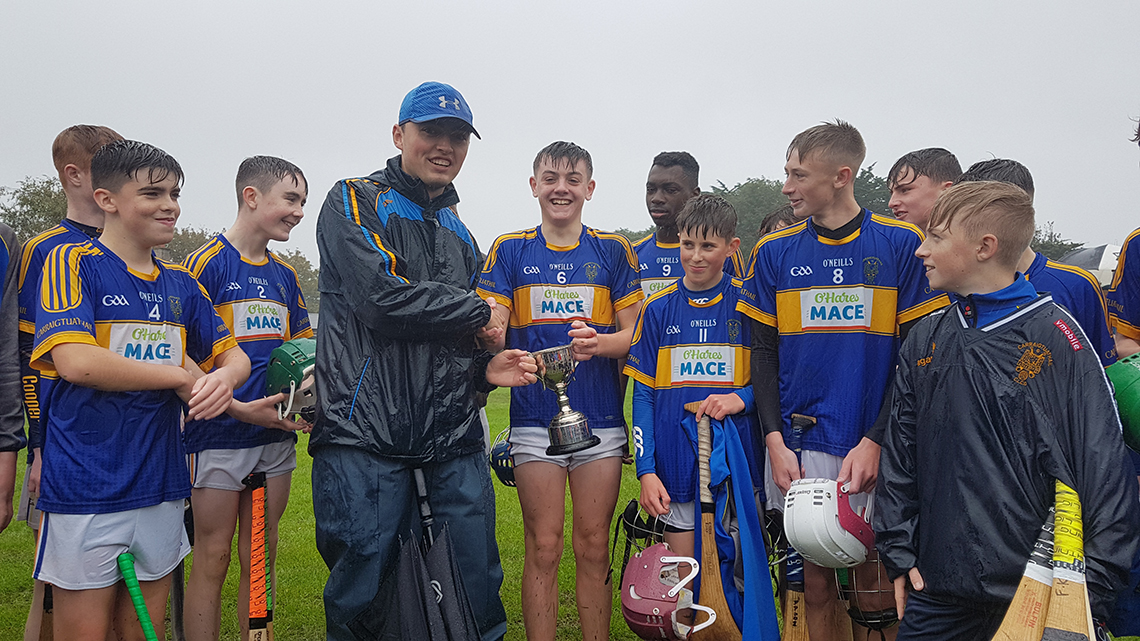 A special mention must go to Fionn Kidney who had a fantastic game between the posts for Carrig in conditions that made goalkeeping a hazardous occupation.