U15 Hurlers win the League!

You are here: Home / U15 Hurlers win the League!

U15 Hurlers win the League! 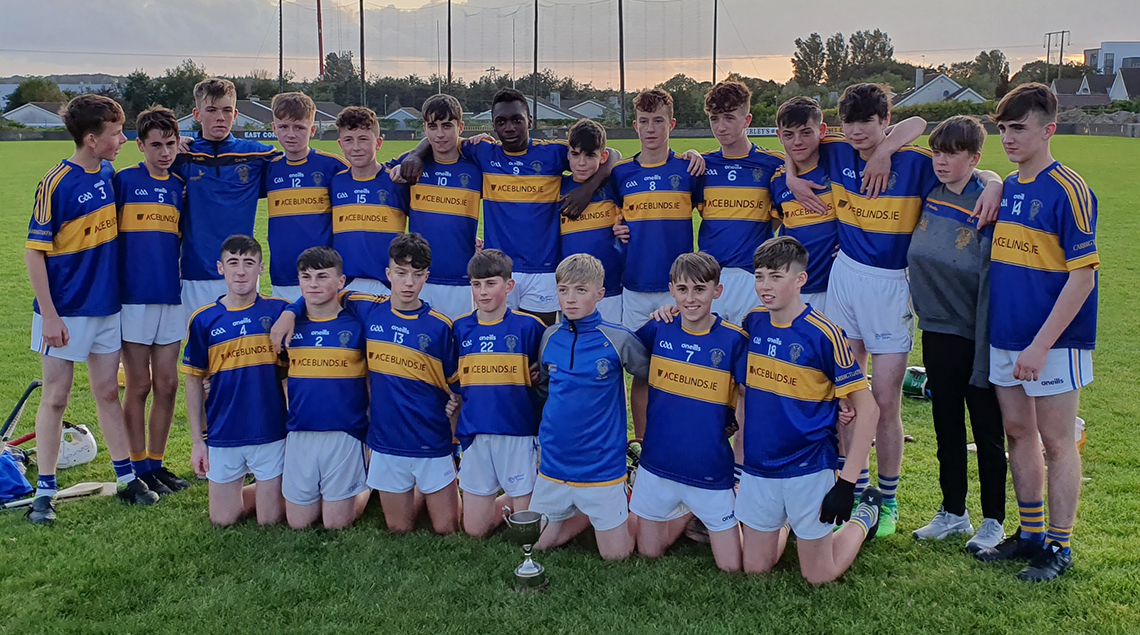 The winners of this top of the table clash in the final round of the league took the spoils and the league title. The victory secured this crop of players their second league medal, the team having won the U14 Premier 2 league against Glen Rovers last November.

Carrig were playing into the breeze in the first half and although struggling to put a lot of scores on the board, there was some very good defending on display. The hosts were still in touch at half-time, trailing Ballygarvan by seven points, 0-05 to 1-09. The first half scores came courtesy of Cian O’Riordan, Mark O’Connor (0-2 each) and Adam Rooney.

An introduction of some fresh legs, along with some positional switches meant that Carrig came more into the game in a wind-assisted second half. The Carrigtwohill backs limited Ballygarvan to the same five point return that the hosts registered in the first half. The forwards were more on target in the second half, scoring 1-9 (Mark O’Connor 0-8, Seán Brennan and Cormac Murphy 1-0 each, Adam Rooney 0-1).

Well done to the team, their coaches and mentors on winning back-to-back leagues. It was a great performance that saw twenty players take part in the match. This win was the perfect platform for the upcoming championship, which will see the top four in the league play two semi-finals. Carrigtwohill’s opponents will be either Mallow or Valley Rovers. 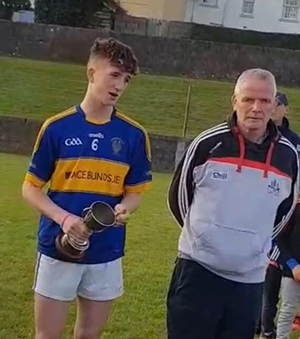 (Note: We were not aware prior to this match that it was a league final and understood that it was the final round of the league, which would proceed to play-offs, as is generally the case with the Rebel Óg leagues.)

Photos courtesy of Ciara O’Sullivan & Mary O’Connor, with thanks.