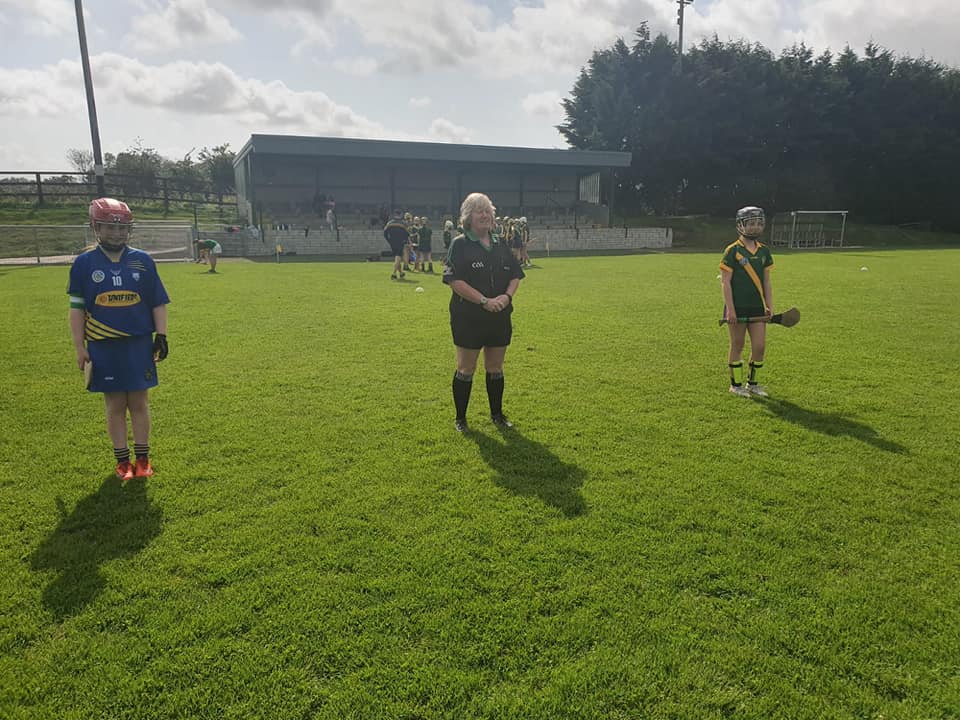 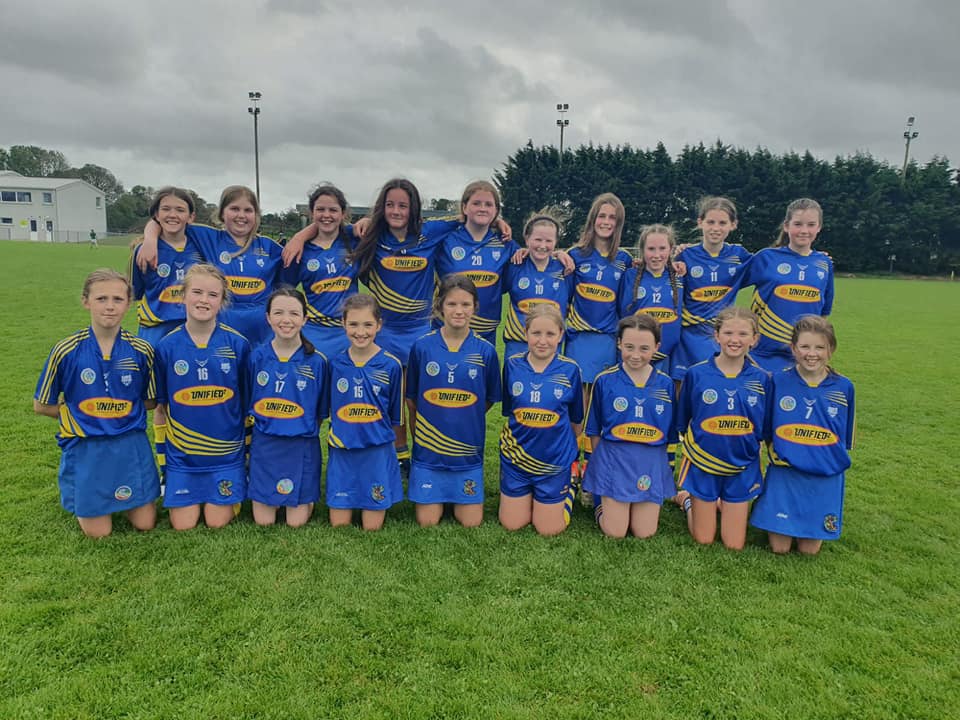 Today the u12s travelled away to Dungorney to continue their league campaign. After a defeat the last day in a very hard, close contest the girls were eager to get a win. Emma took to the field as captain and was involved all day. Scoring a great goal and unlucky not to add a second. From the throw in Orla and Holly both dominated midfield with Claire, EmmaOC and Hailey picking up any ball getting beyond midfield. Lauren got us going with a great point. After ferocious pressure Violet was unlucky to see her shot deflected wide,from the resulting 45 from Faye we went two points up. EmmaOC hit a monster free which resulted in a goal directly. Holly hit a superb long range shot before Emma Barry rattle the net after a great first touch. Kaitlyn was unlucky not to score and with Ria fighting for every ball Dungourney were happy to see half time. Lily McAuliffe making only her 2nd start never put a foot out of place with Kaci kept the Dungorney attack scoreless at half time. With the wind picking up the girls weren't getting it all there own way in the 2nd half constantly getting pushed futher back. Julie Sarah and Megan put in some great hooks at half forward to give our back line a chance to catch their breathe.With EmmaOC reading of the game and Emma Barry stepping into centre half back the girls were able to break the Dungourney spirit with clearance after clearance. Leah and Meadbh O Shea were after coming in at this stage and ensured a well deserved Victory. Katie was vigilant in goal at all times and hitting her targets from the puck outs.We wish our host, Dungourney all the best and thank them for their warm welcome. We also wish to thank Mary Byrne who was referee today. Up next the final home game against Erins Own.