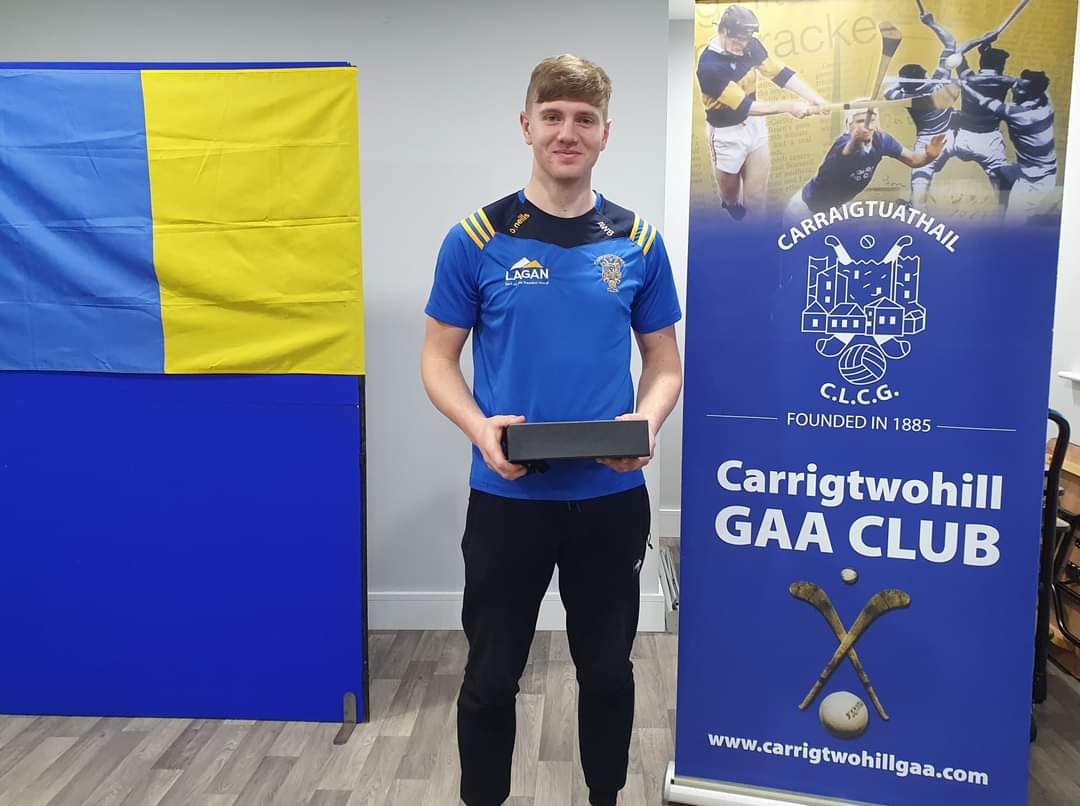 Aaron was presented with some engraved glassware by cathaoirleach, Peter Hogan. Peter highlighted Aaron’s ‘phenomenal record’ of winning All-Ireland hurling titles with Cork at U14, U15, U16, U17 and most recently at U20 level last year in the delayed 2020 final against Dublin. Aaron lined out at left corner back, putting in a very solid performance in the final. He also played at wing back in the U18 All-Ireland final against Galway in 2017, just four weeks after lining out in the U17 final in that position. Cork lost out narrowly by two points (2-17 to 2-15) to Galway, so Aaron came very close to making it a clean sweep of underage All-Ireland titles.

Peter pointed out that Aaron is more than likely the only Carrig player to have played in two All-Ireland finals in different grades in the space of four weeks, as he did in 2017. He complimented Aaron’s commitment to Carrigtwohill, saying that Walsh Barry has pretty much never missed a Carrig match, unless injured.

Comhghairdeas to Aaron on his fantastic haul of underage medals with the Rebels.