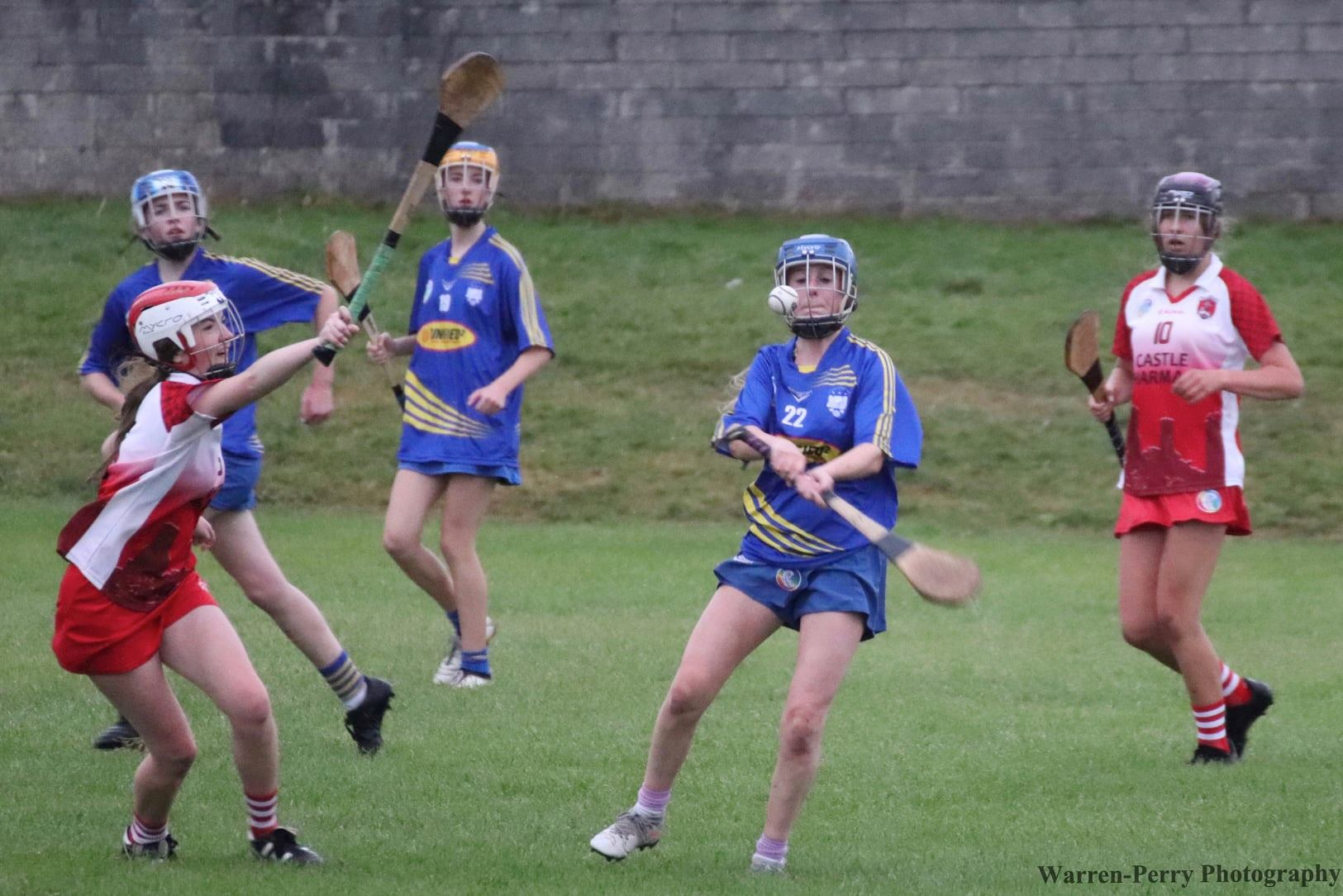 Our 1st round match didn’t go our way. Castlemartyr travelled to us on Tuesday 22nd September. Always a strong oppositions our girls dug deep from the start and had to defend from the first whistle. But unfortunately the Castlemaryr forwards found gaps and kept hassling the goal finding their mark 4 times in the first half. The last 5 minutes of this half saw Carrig clawing it back to 4 points down going into the 2nd half.

Castlemartyr came out strong in the 2nd half and did damage that our girls could not come back from, scoring 1:3 in 5 minutes. From then on it was all about defense and hard work for the rest of the match but credit to our girls they never gave up and kept fighting until the final whistle. A tough match, especially for our young goalkeeper who saved plenty, and could do nothing much against the goals that were fired passed her.

A big thanks go out to our 3 younger U13 girls – Cate O’Connell (Goals), Saoirse Murphy and Zoe O’Donovan for stepping up to be part of the panel, to ensure extra legs on the sideline.